Finding jewelry that is ornate but affordable can take time, but if you know where to look, you can find many options. You'll also find several terms that seem like they're sometimes interchangeable and other times not. It's best to clear those terms up before you go shopping so that you have a better idea of what you're getting. Just as savvy shoppers need to know the difference between natural and synthetic gems, they should also know what to do when confronted by terms for not-so-fancy stones and settings.

Remember those old detective serials in which there was some jewelry heist, only to hear one of the characters call the loot "paste?" Paste is a relatively old term, dating back a few hundred years. Paste, at its most basic, is glass that has been cut to mimic diamonds or colored stones like rubies. The glass gets a metal backing that adds color to the glass when you look at it from the front or side.

Antique paste jewelry was highly coveted, even by royals. Diamonds and other "precious" gems were rare, but paste was easier to find while still producing beautiful pieces of jewelry because the glass needed to be cut with such precision and care. The term "paste" isn't used that much anymore, so if you see something labeled as paste, start asking about its history and take a look at the craftsmanship. You could get a lovely piece for a low price compared to what you'd have to pay for real gems.

Additional names for paste, especially the paste used a couple of hundred years ago, are strass (after Georges Frederic Strass, known for his exquisite designs) and diamante.

"Rhinestone" is a tricky term because its meaning has expanded greatly from its origin. The term originally came from the Swarovski factory after that family moved its operations to the banks of the Rhine River. However, now the term is used for any fake jewel, especially those inexpensive flat-backed things you find in craft stores. Meanwhile, Swarovski stones are referred to as Swarovski crystals because the name carries a good reputation.

Another tricky term. Technically "costume jewelry" is inexpensive, fake-stone jewelry. It's the stuff you find in the mall, in gift shops, and so on, and that doesn't have real gold, silver, or gems in it. You might find something plated in gold, but that's about it. However, keep in mind that paste is not always costume jewelry, despite meeting the general requirements of that term. Older paste -- the antiques -- are meant to be very good pieces of jewelry and are not costume at all.

There's nothing wrong with costume jewelry, paste, or other "fake" items if all you want is something pretty. These are inexpensive options that allow you to have gorgeous jewelry if you can't afford real diamonds and gold. You just want to be sure of what you're getting from the jewelry store. 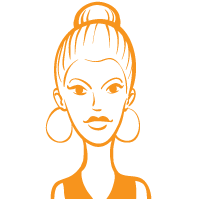 Hi there, my name is Bonita Garcia. Welcome to my website about online shopping. When I want to find my favorite products on sale, I always look online to find great deals. The internet offers incredible opportunities to compare prices on products across dozens of vendor websites. On this website, I will help you find the absolute best deals by sharing my online shopping methods. I hope to share new methods after I develop and test them on my own. Please plan to visit my site on a regular basis to learn more. Thank you for coming to visit my site about online shopping.